Why Would Your Body Become Obese? 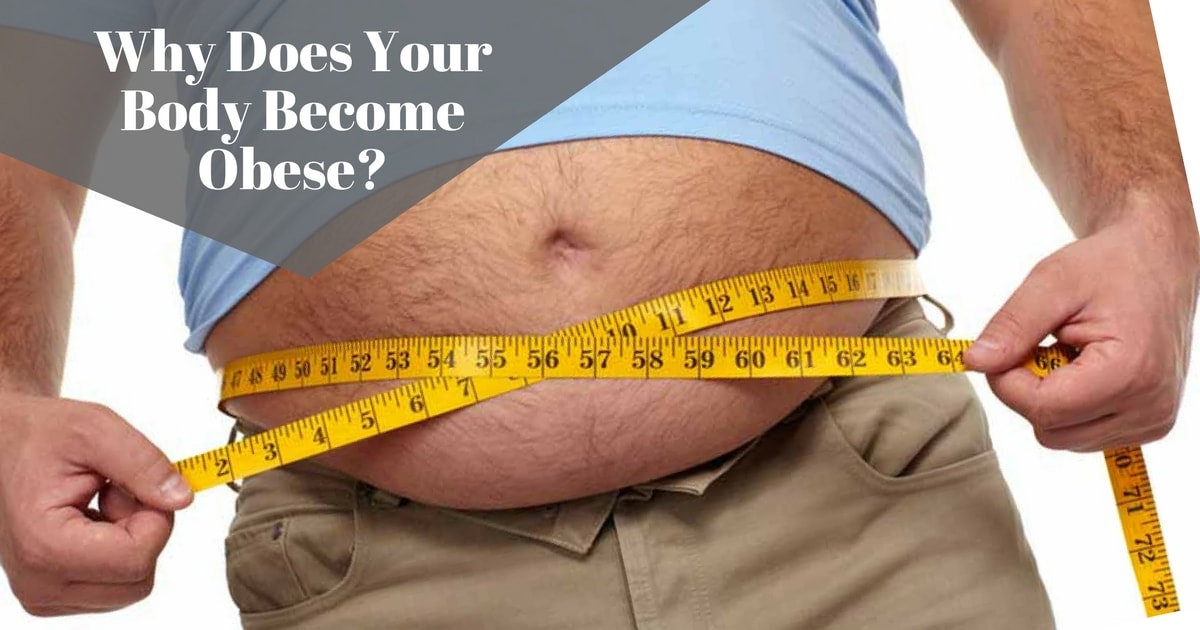 Obesity has become a serious problem across the world which is creating health problems irrespective of the gender it occurs to. In the last two decades, the number of obese men and women has raised many folds. It is not just these numbers, but the related diseases that occur to this population is a cause of serious concern. There are indeed long term health concerns faced by people having big bellies and fatty hands.

In this blog we will be discussing multiple aspects of why obesity happens in men and women.

The Increasing Trend of Obesity

Within the last two decades, it has been found that the population of obese women is increasing as compared to men. In many countries around the world, including India, the number of men and women are increasing with time as compared to the past. This is because of a number of reasons including lifestyle, unhealthy eating habits, work pressure and much more.

Prime Causes of Obesity in Men and Women

The storage of excess fat produced by the body is termed as obesity. Here are some of the reasons the body produces excess fat.

The consumption of sugar has raised many folds since 1970s. The proliferation of sugary beverages has contributed to the increased consumption of sugar. In most of these beverages, sugar is present in the form of corn syrup (manufactured from corn) and this is filled with calories. The simple sugars are easily digested by the body and they are readily available to be expended as calories. When these available calories are not burnt, then the liver converts this sugar to fat and sends them to different body parts to be stored as fat.

Indian food is more skewed towards carbohydrates. In the South it is rice and in the North it is Chapathi (wheat). Carbohydrates can be either simple sugars or complex sugars. More often rice and wheat atta available are more of simpler sugar forms. The body reaction is the same as sugar. The carbohydrate so consumed is converted to simple glucose which needs to be expended as calories. If they are not spent, the liver here too converts the same to fat and sends to different body parts to be stored as fat.

People across the world now indulge in processed food and more often than not they are unhealthy and unbalanced. Such instant foods are high in sugar, preservatives, flavor giving chemicals, and colorants. These unwanted chemicals also trigger the body to store the fat. So, consumption of unhealthy food high in these chemicals when continues without any awareness eventually leads to obesity. The choice of unhealthy eating also leads to several other diseases like cancer.

People who follow a lifestyle lacking in physical activities as a part of their daily routine are more likely to become obese as they age. This is because foods they consume do not get completely used for the functional needs of their bodies. Excess food having carbohydrate in major proportion gets stored inside the body in the form of fat. Such eating habits with higher consumption of food and energy than what body requires lead to obesity in men and women. Daily physical activities help in the burning of calories and more importantly they keep the body functional.

Genetics also plays its role in determining if an individual will develop obesity. Chances of a person becoming obese with time are higher when one or both parents are obese. In actual sense, genes control the hormones that regulate fat content inside the body. For instance, a hormone named ‘Leptin’ when secreted inside the body in lower amounts than normal, the body fails to consider eating less even when there is enough fat stored in it. Deficiency of leptin means that the brain cannot signal other body parts to eat less and thus, leads to obesity. This is one of the causes of binge eating. Similarly, there are several different interconnected factors that lead to obesity.

Stress is a factor that can cause binge-eating. Food relieves the stress which is temporary and this gives a feel-good factor. Sugar in the food is said to release a hormone called endorphin which gives temporary high satisfaction to the mind. This makes the stressed people reach out to junk, sugary food more and more. When they increasingly reach out to food to bust their stress, they fall into the vicious cycle and make themselves more and more obese.

Tags: does sugar cause obesityhow do you become fathow obesity happens