Can People With O Blood Group Donate Blood to All? 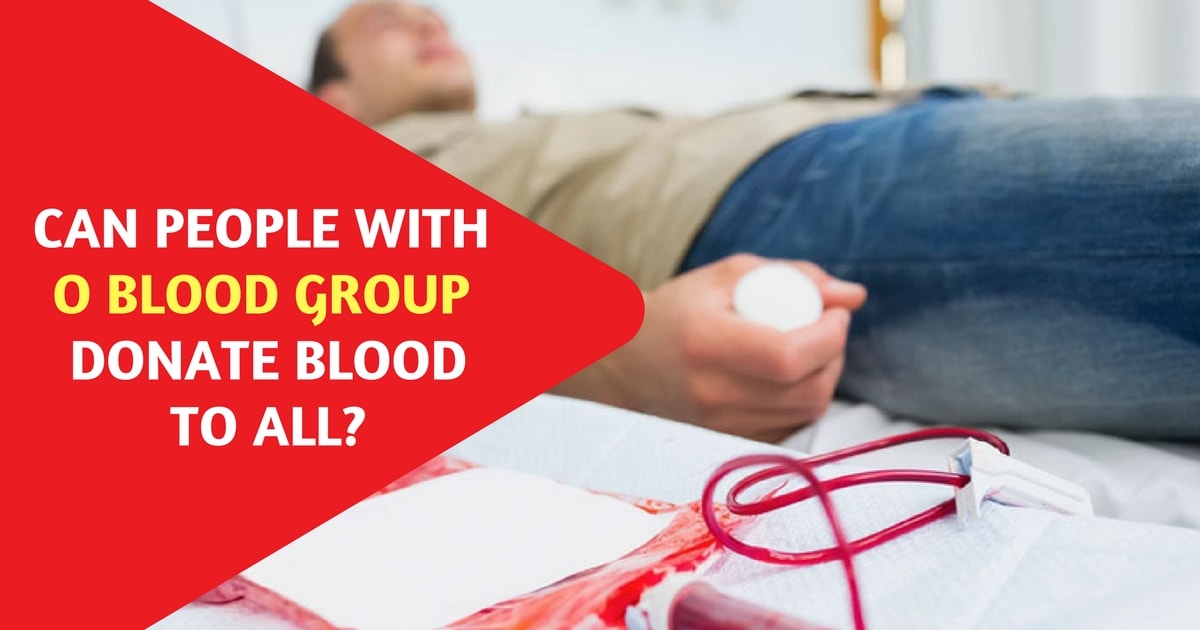 Have you seen people in critical medical conditions battling with life and looking for blood as per their blood group types? All such medical emergencies arise because of the differences in the blood groups humans are born with. Human bodies are capable of producing blood for its complex inner functions from the marrow cells. But in cases when they cannot produce enough blood on their own or when ample amount of blood is lost, blood is transfused externally. We were told that the blood group “O” is a universal donor and hence can give blood to anyone. Is this true? Not really! Let us see why and how.

People with blood Group imply that they do not carry the antigens A or B. Since they do not have these antigens, they could technically give blood to A, B and AB groups apart from their own group of O. This was the reason the Blood Group O was referred as ‘Universal Donor’. But there is more to it. There is another antigen called Rh Factor which determines if the blood group is positive or negative. Those who had this Rh factor were “Positive” and those who did not have were “Negative”. Hence there are totally eight blood groups.

Going by this logic, someone having a blood group of O positive cannot give blood to anyone whose blood group may be A-, B- , AB- or even O-.

So is O Negative Blood Group the true Universal Donor?

Actually speaking in real life scenario people are transfused only with blood groups of the same group to avoid complications and medical risks. So actually speaking there is no universal donor or recipient when it comes to blood transfusion.